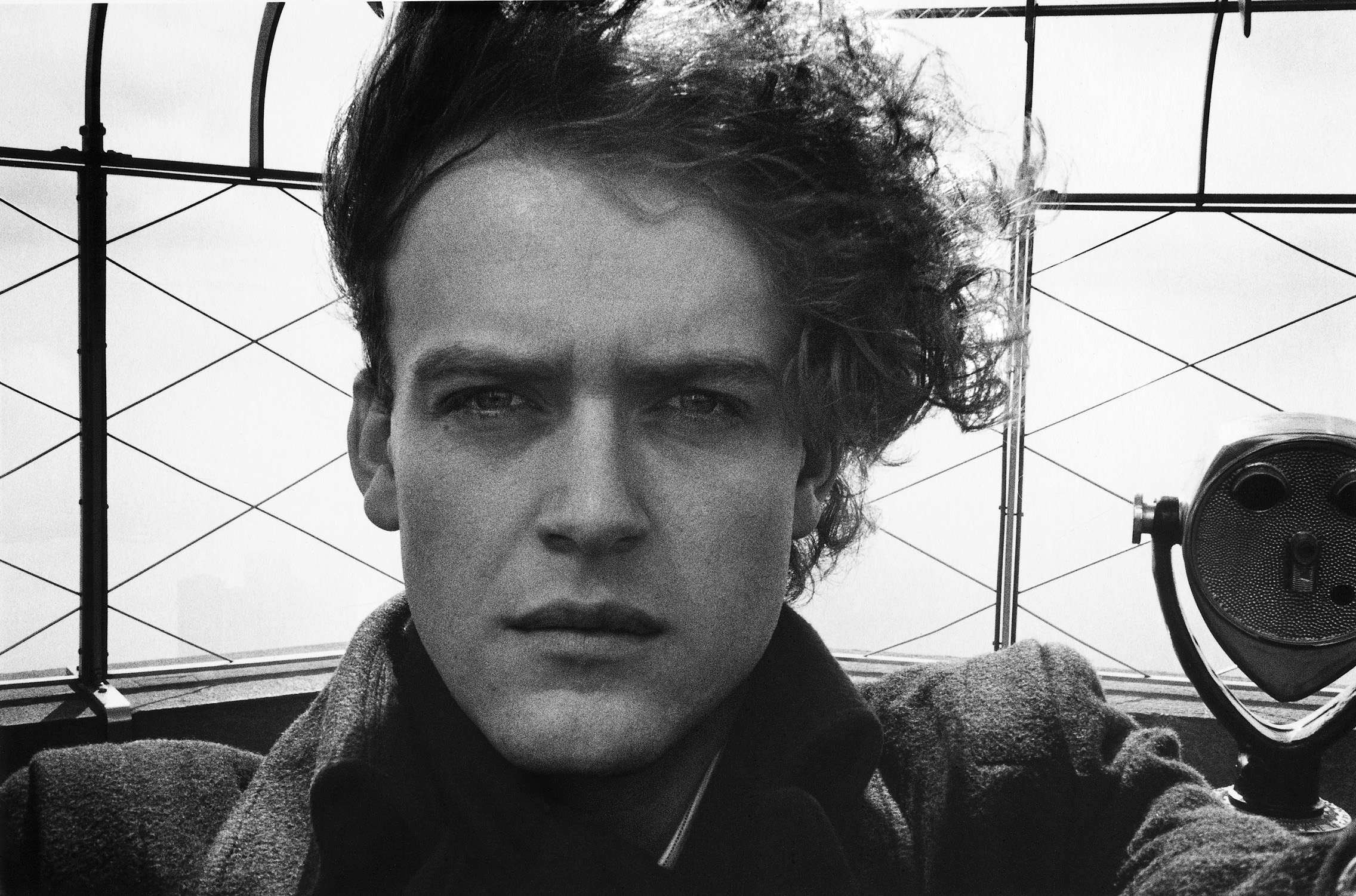 Hervé Guibert (14 December 1955 – 27 December 1991) was a French writer and photographer. The author of numerous novels and autobiographical studies, he played a considerable role in changing French public attitudes to AIDS. He was a close friend of Michel Foucault.

Guibert was born in Saint-Cloud, Hauts-de-Seine, to a middle-class family and spent his early years in Paris, moving to La Rochelle from 1970 to 1973. After working as a filmmaker and actor, he turned to photography and journalism. In 1978, he successfully applied for a job at France’s prestigious evening paper Le Monde and published his second book, Les aventures singulières (published by Éditions de minuit). In 1984, Guibert shared a César Award for best screenplay with Patrice Chéreau for L’homme blessé. Guibert had met Chéreau in the 1970s during his theatrical years. He won a scholarship between 1987 and 1989 at Villa Medicis in Rome with his friend, writer Mathieu Lindon. He described these years in L’Incognito, published in 1989.

Guibert’s writing style was inspired by the French writer Jean Genet. Three of his lovers occupied an important place in his life and work: Thierry Jouno, director of an institute for the blind whom he met in 1976, and which led to his novel Des aveugles; Michel Foucault, whom he met in 1977; and Vincent Marmousez, a teenager of fifteen who inspired his novel Fou de Vincent.

In January 1988 Guibert was diagnosed with AIDS. From then on, he worked at recording what was left of his life. In June the following year, he married Christine, the partner of Thierry Jouno, so that his royalty income would eventually pass to her and her two children. In 1990, Guibert publicly revealed his HIV status in his roman à clef À l’ami qui ne m’a pas sauvé la vie (published in English as To the Friend Who Did Not Save My Life). Guibert immediately found himself the focus of media attention, featured in newspapers and appearing on several television talk shows.

Two more books also detailing the progress of his illness followed: Le Protocole compassionnel (published in English as The Compassionate Protocol) and L’Homme au chapeau rouge (published in English as The Man In The Red Hat), which was released posthumously in January 1992, the same month French television screened La Pudeur ou l’impudeur, a home-made film by Guibert of his last year as he lost his battle against AIDS. Almost blind as a result of disease, he attempted to end his life just before his 36th birthday, and died two weeks later.