Today we want to introduce you a young talented 23 years old Greek artist based in London: Helias Doulis. Recently he has published two interesting photographic projects that has fascinated us.

The first project is called is called ‘Parabyss: A Nurtured Nature’ and includes 19 images which were taken in Greece during September. They explore the way that homosexuals tend to isolate themselves in order to live freely and away from the threatening ‘public eye’. It is built on a dystopic side of Greece called ‘Limanakia’, in between its rocky environment, and it is supposed to create a raw shelter for the male sensitivity and its modern aspects that tend to be eliminated by society.

The second photographic series is called ”Blossom of Solitude’ and includes 14 images in total that celebrate the the beginning of Spring and its early ending through photographs that are covered in mystery and melancholy, exploring the male companionship as a form of a shelter for lovers after their father’s death.

We ask him an interview to know him well.

Hello Helias welcome to the pink snout community.
I know that you are a greek young photographer that live in London from 2012. Tell something more about yourself and your personality. Do you leave Greece only for studying or something more?

Hello ThePink I’m happy to be part of your community.
So, well… I don’t identify myself as a photographer to be honest, If I’d be or prefer to be something y the end of the day, that’d be a poet. Of any kind; both words and imagery, especially when combined. I relish the words much more than I relish photographs, although I do express myself in every way possible.
I left Greece in 2012 to study Writing and Film in Wolverhampton, UK. I had always felt the need to experience different countries, cultures, religions, people… to just broaden my critical thinking based upon the world.

What inspires you and who were the first artists that inspired you?

I’ve always thought that I do relate myself to melancholy when it comes to inspiration, which hasn’t really changed as I grow older. I do adgust myself into such environments easier than I tend to do in places where everyone is joyful, since I can clearly see that this permanent kind of enjoying life has its deep sense of the ‘impossible’ in it. I do find beauty in ugliness and I am always in the state of creating it under certain circumstances in order to make the audience relate themselves to or at least sympathize. When it comes to artists that have inspired me I’d say that they were clearly not photographers, but poets since I have been younger. Greek poets like Maria Polidouri and Napoleon Lapathiotis have been part of my life as a teenager and so on, until today. Lars Von Trier has been an inspiration, either, concerning the poetic vision of cinema. Fortunately, even though we’ve lost track of what we actually like these days due to how easy our access to artists’ work has become via Tumblr or any other form of media, we tend to not have favorite artists, but just a few random photographs that we love and once saved on our computers. I do love artists like Duane Michals though, who have been awakening audiences like me with their passion for creating stories that combine words and vision, and creating beauty that could be described as simplistic yet meaningful.

Let’s talk about your last photographic projects: “Parabyss: A Nurtured Nature” and “Blossom of Solitude”. First of all I’ve noticed that “Shelter” is a recurring term that you use to describe these projects and this resonates me as something autobiographical isn’t it? How your personal experience influences your artistic process?

‘Parabyss: A Nurtured Nature’ contains this sense of the creation of a habitat that could rescue any frightened male into a ‘shelter’ that occurs as a quite or less quite instinctive, but always existing subject of my work, exposing this very personal and at the same time lovely yet obsessive relationship that I have with my mother —a bottomless womb that feeds as all. My ‘SHELTERED’ Series, which is still unpublished, is an extension of a habitat in between adverse weather conditions, which gives the sense of being chased and hidden into a metaphorical womb, the womb of Mother Nature, which feels vindictive yet protective alongside, making their bodies vulnerable. ‘Blossom of Solitude’ has been the latest barrier between the world we feel safe and secure in, and the world we actually live in, which is certainly not safe or secure, but ‘claustrophobic’. Any kind of erotic loss that I have experienced, tends to find its cure into a womb.

The faceless naked male bodies in your photos often stand in for bigger themes about sensuality and self-identification. What about the male body in its simplest form appeals to you most? What did you see in your subjects that qualified them as models fit to be an alter ego of you?

I adore the male body; the way it looks, the way it feels, the way it sounds upon you even when you’re not touching it with your bare hands, but with a bare mind. It gives this strange sense of security within its fragility of expectancy to build a cave of salvation, which does not contain sensitivity. This is exactly where my alter egos fit in and this exactly where I portray myself upon them, into their forbidden exposure for tears and insecurities. There is this massive gap where society stands and looks at us as some tough figures of a world that needs us to save from any blindness, forgetting that we can be fragile, too, that we can be insecure, that we be frightened or lost, either. I show faces only when it comes to understanding what it has to be understood, in order to not feel naked as a skin, but to feel naked as a soul, into nature.

How do you approach men to be featured naked in your projects?

I started shooting with some friends at the first place, and some of them remain by my side every time that I come up with a new idea, since we have created a bonding of trust between us. Although, I am always trying to expand the circle by meeting new people, which gets easier at times now since part of my work has been recognized at some level, so I do have a few people that would like to contribute, and this is blessing for me. Social media is the mean of transport to get anywhere these days, even though any kind of exposure will always have its consequences at some point.

Sometimes a photographer is a voyeur or he is flirting with his model . Which are your feelings during a photoshooting? Has anything crazy or embarrassing ever happened during a shoot?

I am quite strict in the way I shoot, especially when its comes to group shootings and I am supposed to handle people that I do not know and people that do not know each other. I have to create a bonding between myself and them, and at the same time, to create the appropriate intimacy between them since my photographs are meant to include emotions, even when the models’ faces are not shown. The body language creates a form of communication that has to be ‘believable’ to the viewer in order to be able to feel something while looking at them. Although, when I shot my ‘Seasonal Affairs’ project, I was the one who needed to be intimate with them. It can get awkward since I am not the type of a person who likes to be touched by strangers, but I always think that I would anything that it takes to reach the point that needs to be shown and be overwhelmed.

What kind of camera do you use most and how many shots on average do you take to complete your projects?

What’s great and what’s awful about this, is that I don’t own a camera. All of my projects have been made under specific circumstances where I lend or rent for specific ideas that I come up with and then just keep the photographs. I haven’t really got attached with a camera emotionally until today, which has been a blessing since I tend to create a bonding between the tools I use to express myself, like specific pens that I am used to write with. I feel about that future camera of my own the same way I tend to feel about a true lover. Even though I know it’ll need to be more and more prorected by the time it gets older, it will last forever in my hands, even when it’d be broken or damaged. I usually take around 300 photographs each time, but not because the shot is not there yet, but because I always have this need for more, even if I know what somebody would call ‘perfect’ when seeing it for the first time, I personally want to know that, that still image, has trully been the one, and not just one of a few good ones.

Your models are young people with a handsome body. It never occurred to you to use men with a body not perfect or ugly?

I don’t really believe that perfect or imperfect bodies exist or they’ll ever do, it’s just the idea that we have stereotypically built as a society in order to separate different body types as fat, slim, ugly, skinny, etc., adding all the way up to how people already feel about their insecurities during the day. I’ve shot people who were skinny and I’ve shot people who were bigger, either, and it has been a pleasure to be around what by the end of the day call ‘souls’, and that’s how I would like to remain in the upcoming years as an artist, truthful, to what I’ve felt while looking at people’s hidden smile while they’re trying to cover any type of scars they acquired by the time they got older, being all embarrassed about it, yet so fulfilled.

Has any your photos been banned by social media and what do you think about censorship?

Quite a few of my photographs have been banned on Instagram since I started posting pictures of both of my published projects, which used to scare me since I do understand that I don’t have the power to defend myself since they are the only ones who can decide where this kind of limitation if not place or form of fascism, ends up being a form of expression under certain circumstances. It comes to what anyone can define as artistic or just vulgar since everything is so subjective, although now, it makes me happy because I can clearly see that people get annoyed or feel scared, irritated, etc., but what matters the most to me, is that they do feel, and that’s a blessing.

And the last question dear Helias what are your next projects you are working on?
I am now planning to go back to Greece to create a series based on Nikos Alexis Aslanoglou’s poems, who is one the poets who have inspired me the most. It will be an homage to what I feel as an artist that needs to be shown to the audience on how homosexuals have felt abandoned through the years, and still do in quite a few countries, with laws that tend to make us feel scummy. I have three projects that remain unpublished for the moment and I am planning to get in touch with art galleries to exhibit them since the material is quite more sensitive and sharp from what I shown so far. 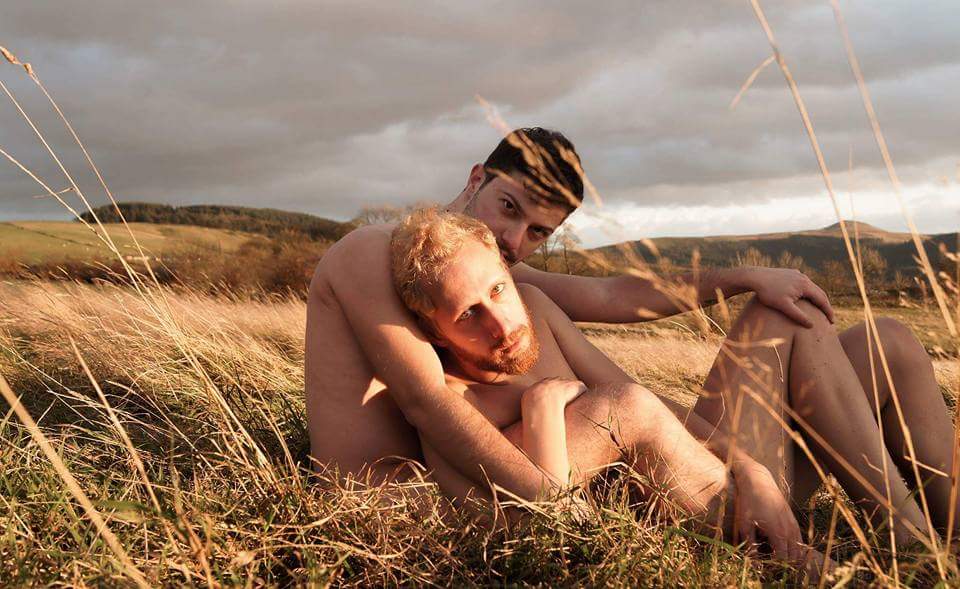 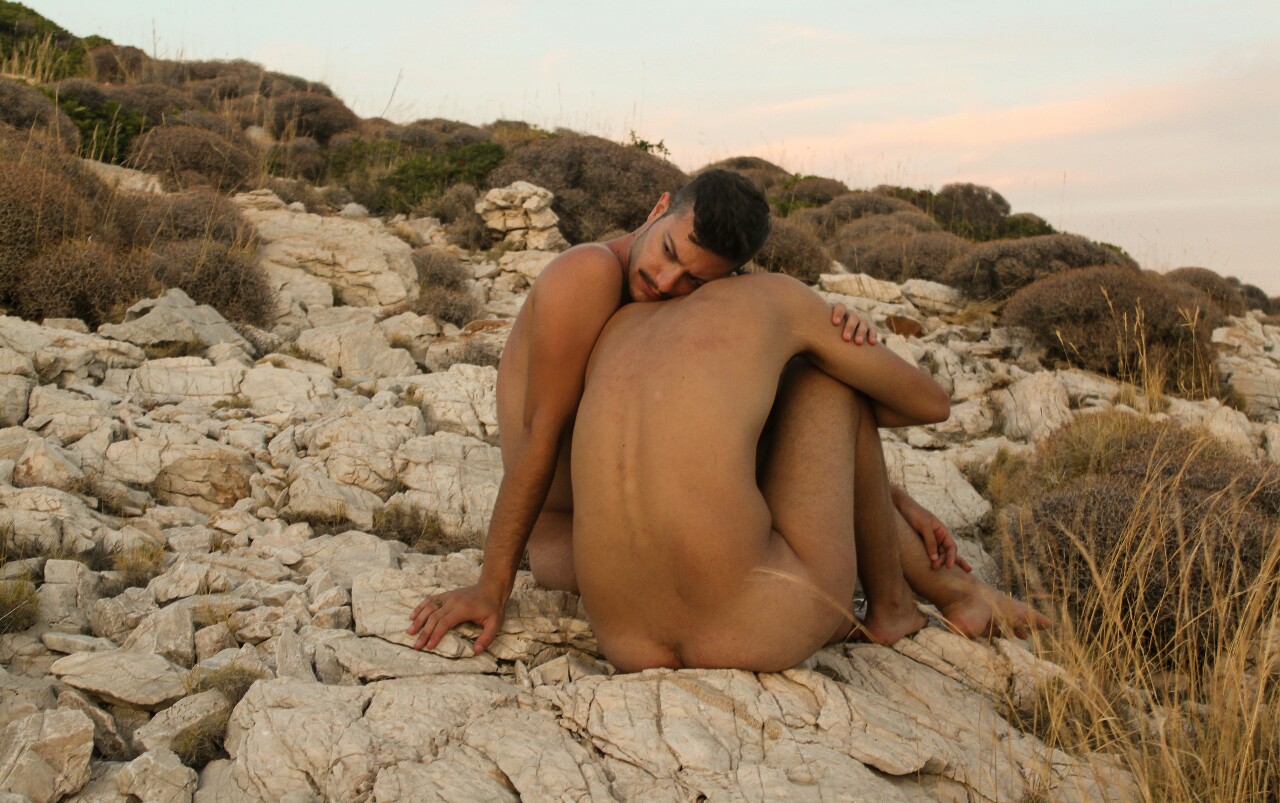 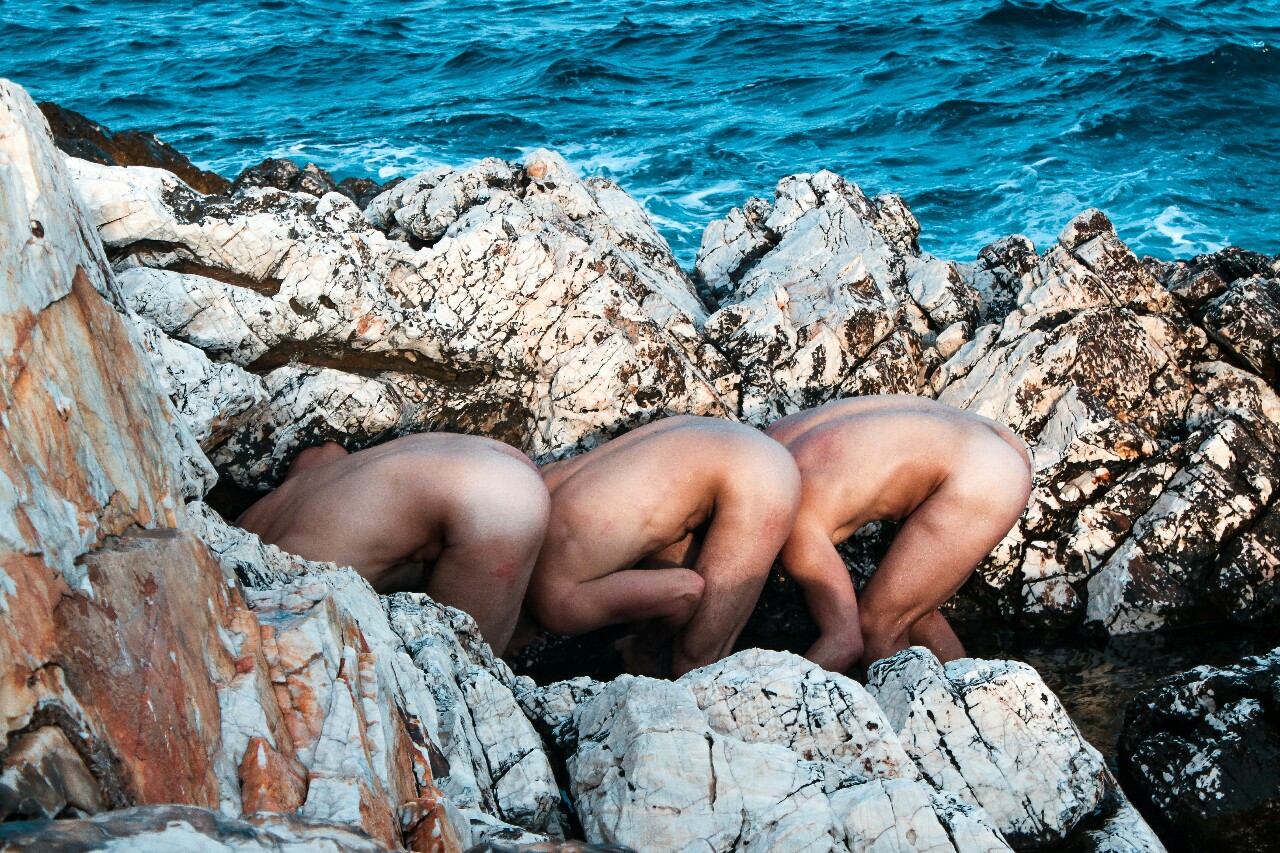 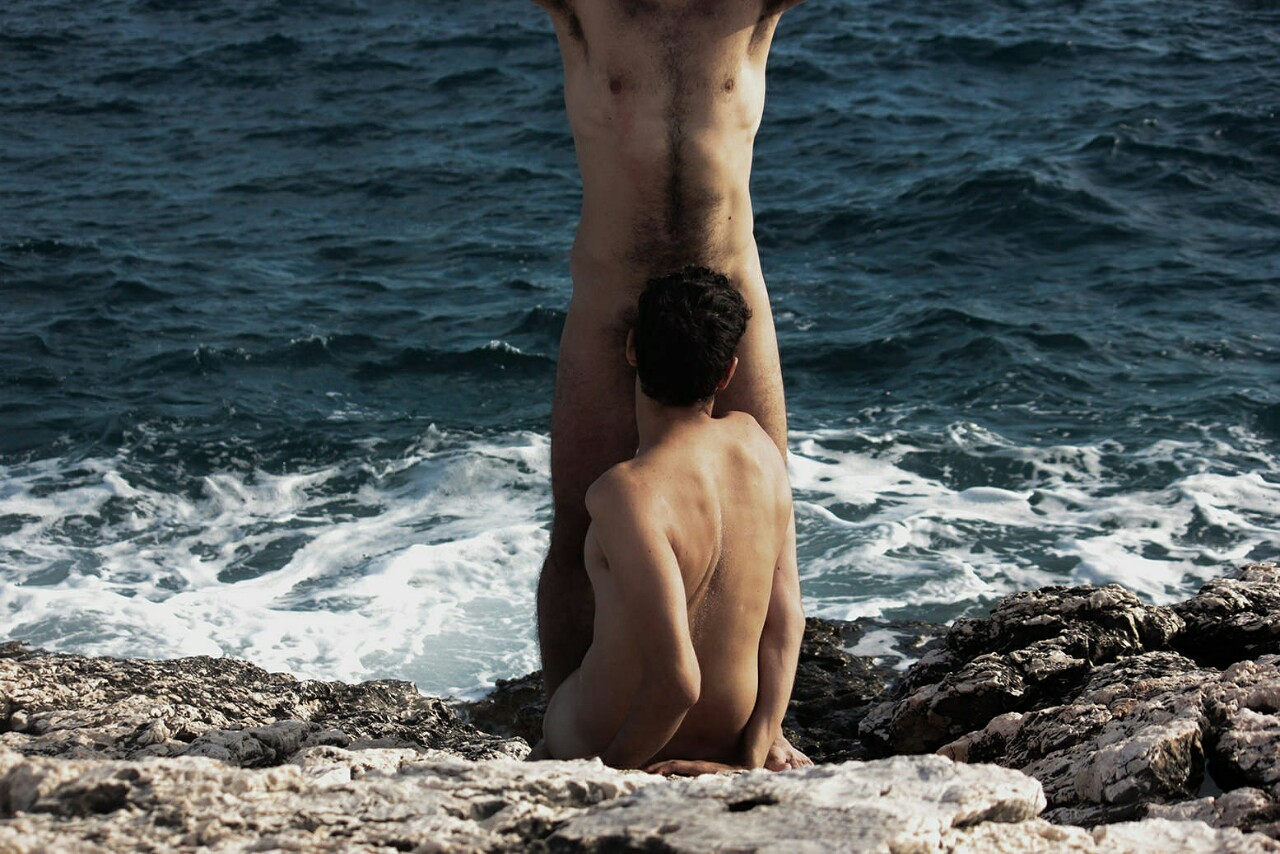 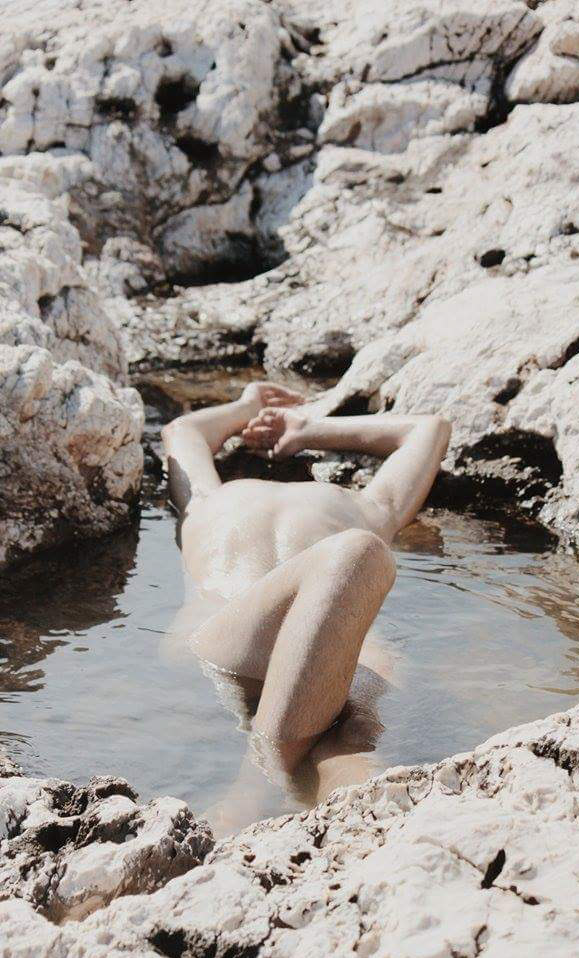 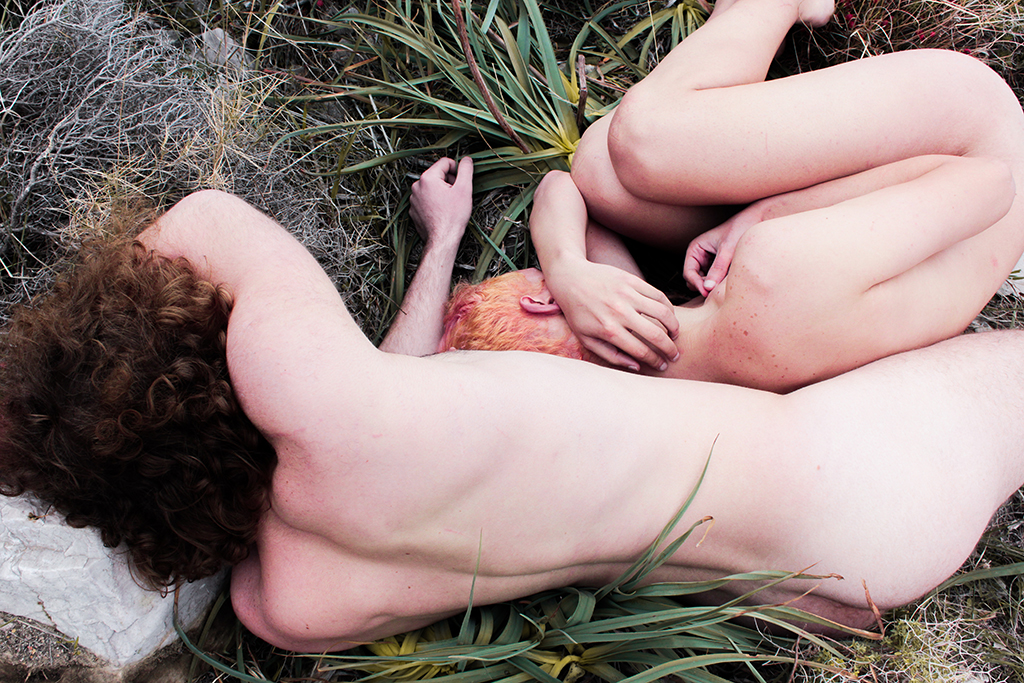 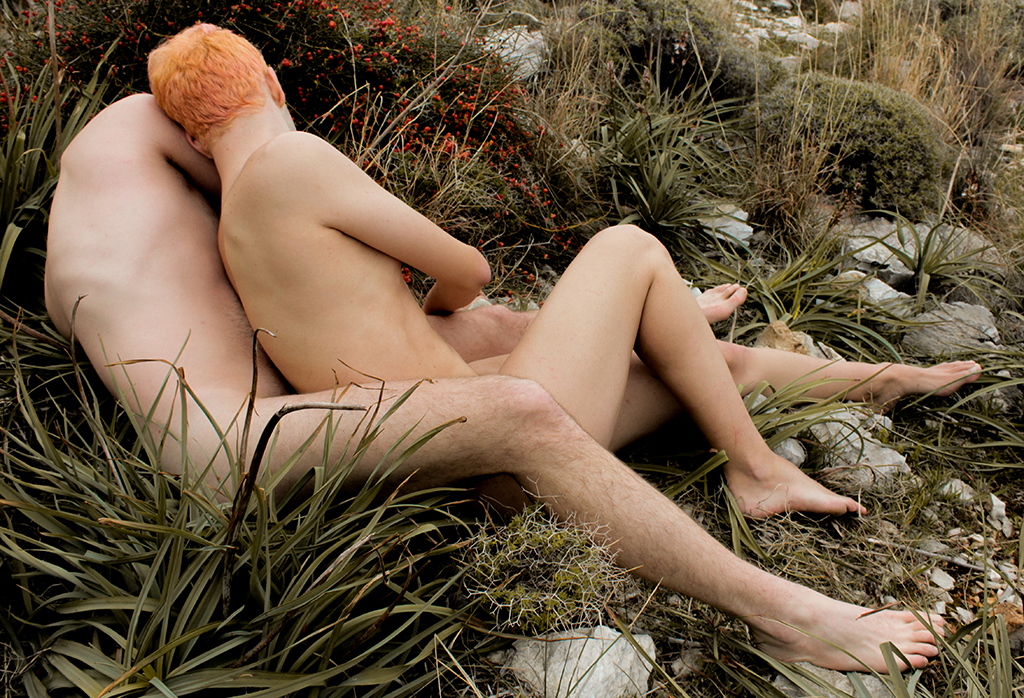 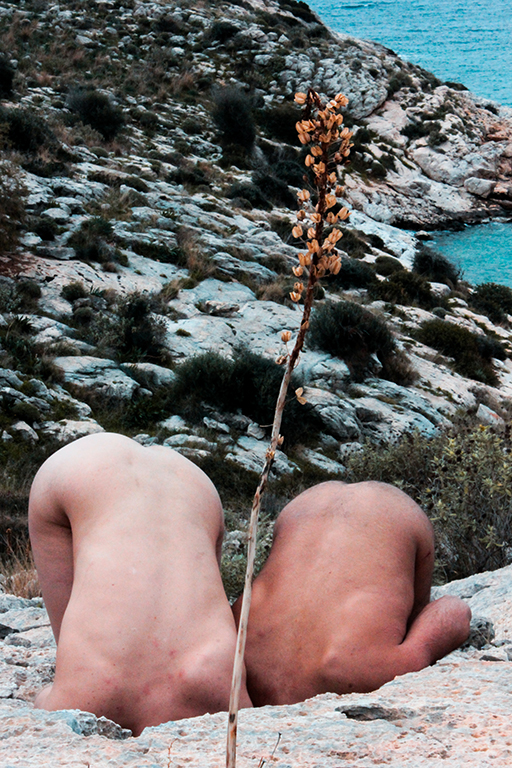 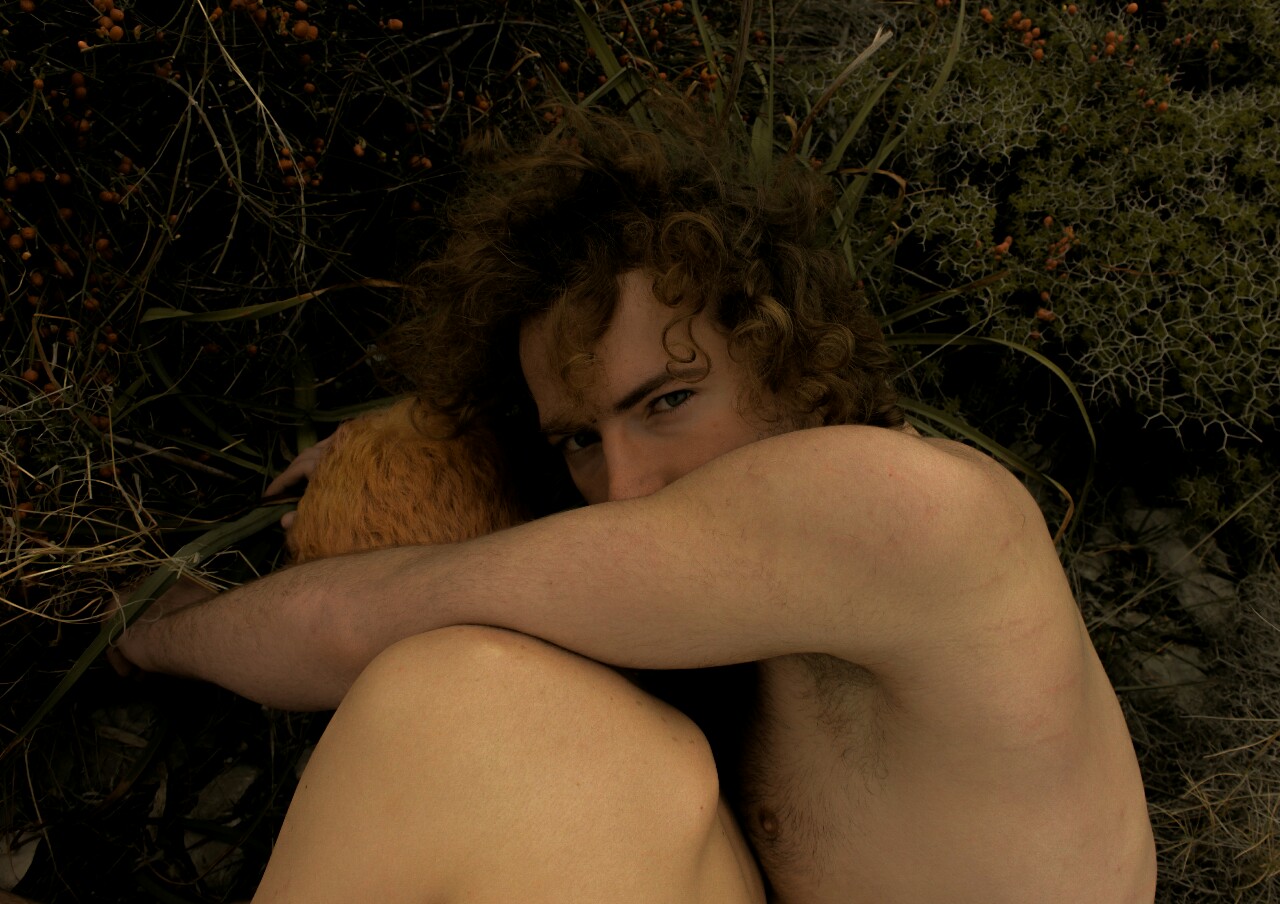 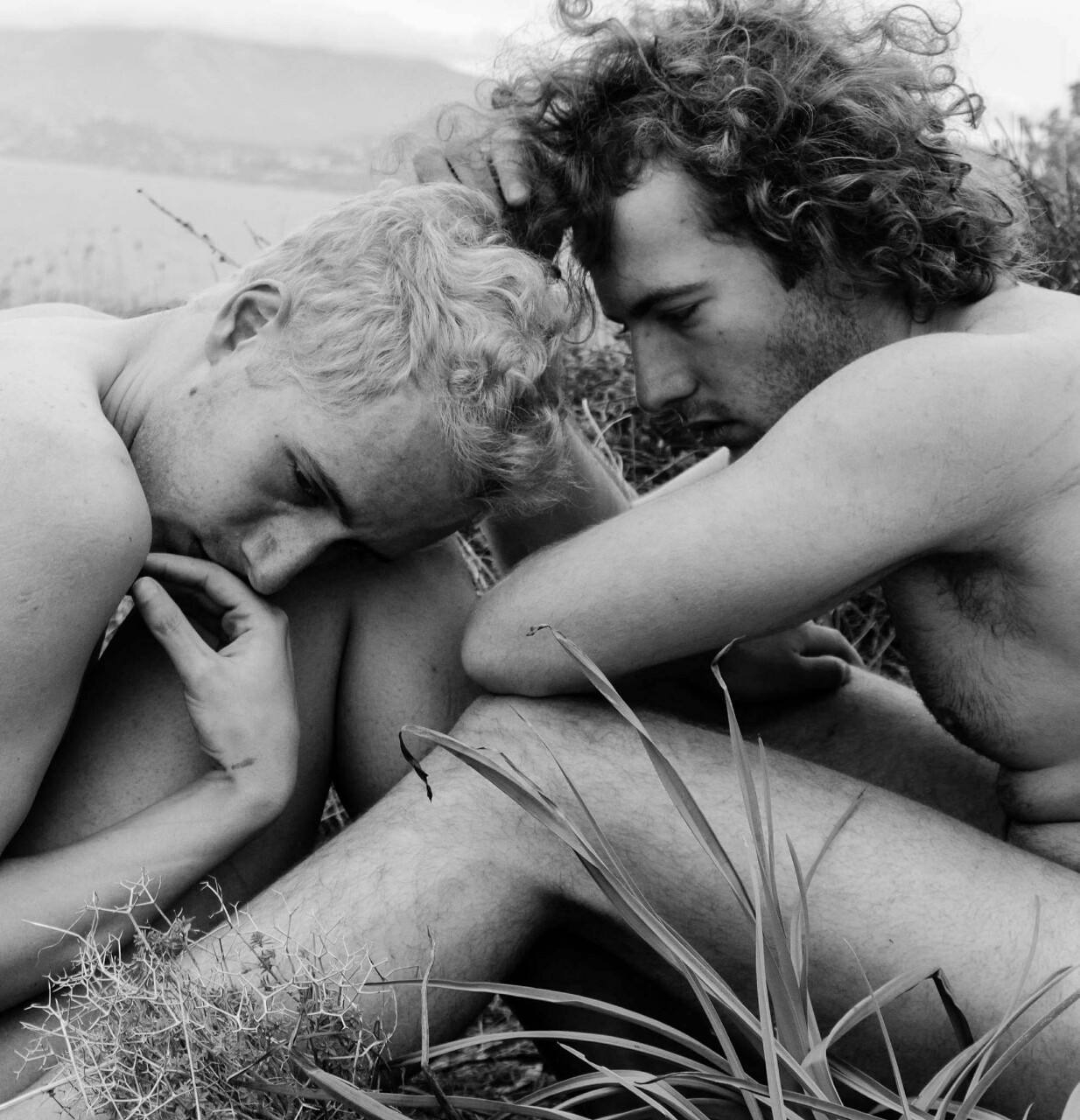