A short film about gender roles, Trans, and what it is like to have an identity that deviates from the status quo.

The video is “…it’s very autobiographical. As a little kid, I was convinced that I was a guy. I used to bind with ACE bandages, which is really, really bad for you. I was like, five or six? I was really young. I didn’t have anything there to bind! I used to sleep on my chest because I thought it would stop me from getting boobs. I used to pray to God that I wouldn’t get breasts.
…
I put this video out that I really intended to be therapeutic for myself and was intended to be viewed by, you know, the hundred-or-so-thousand people that are on my Facebook. Instead it’s been viewed by 5 million people. I spent five years getting my 100,000 fans, and then in two days, I’ve got 300,000. It’s like: “What?! What just happened?
…
So that’s kind of the video. You can watch it both ways: you can watch it from the end to the beginning, and it’s exactly the same as watching it from the start to the end, depending if you’re a guy that feels like he’s in a woman’s body or a woman that’s in a guy’s body.” 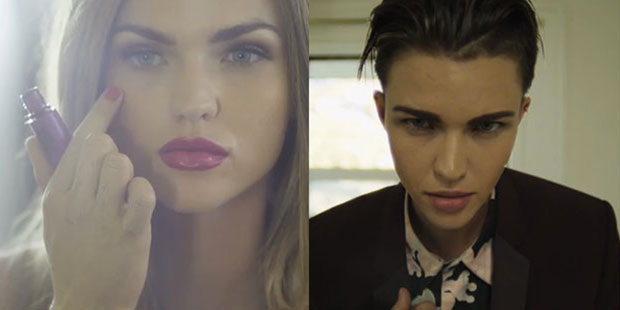 Rose came out as a lesbian when she was 12. As a teenager, she suffered from verbal taunts and physical abuse from her schoolmates due to her sexuality, even requiring hospitalisation once when she was 16.[22 In 2008 and 2009, she was chosen as one of the “25 Most Influential Gay and Lesbian Australians” by Same Same, an Australian online gay and lesbian community.